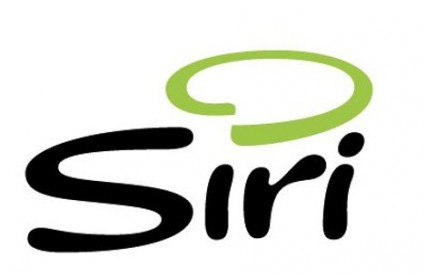 Siri, siri, siri. Oh man have people been talking about the robot. You may now look at me weird for calling Siri a robot if you know what I am talking about because people have been referring to a voice activated software from apple as a she when really it is still a robot. Anyways “She” has been eating up a lot of bandwidth on the mobile carriers platforms and in some cases quadrupling the data usage.

Many times when you ask Siri a question it will go over the lines and use your internet connection to ask servers what response it should bring back whether that be directions and presenting it on the map, a list of locations, or countless other questions that you can ask her. BizJournals report that the big data usage from this personal Siri assistant is significant especially when compared to older iphones. The latest iphones are using close to three times as much data as the iPhone 3g used which shows what an increase in speed, ram, and performance with the ui can do for usage of great apps and services. This is a good sign for Global Good Group because more users can get to more sites and the Global Good word can be spread faster!

See what Apple has to say about Siri on their official website page for her:

This is a funny video of Batman using Siri to find Joker. It has batman asking Siri where joker is and she cannot find him and then she asks him to stop harassing her. It it later funny when he has Siri read him his latest messages and then starts to reply then stops and tells her to play his theme song, she plays it and he runs faster.

Perhaps even funnier is later on when he is showing Siri a BMW M3 ( my dream car 😀 ) and he says something to the tune of, “Siri how do you like it” and she comes back with a really funny message saying he can only afford a prius! Hiiilariousss! He later asks her where the closest laundromat is after he spills some food on him. She later tells him he is disgusting after coming out of an adult store. He also has a part where he tells Siri to remind him in 30 minutes of his food coming out and she says okay until he runs away and then it ends up getting ruined. Anyways watch the video below!

This video is funny because this features two iPhone 4S talking to each other through voice command back and forth and them trying to respond in a real manner even though its between two phones.


Now the Funniest Siri commercial of all, go onto College Humors website to see this one or watch below:
http://www.collegehumor.com/video/6648229/siri-argument