Nuclear Russian submarine goes up in flames by the docks

Recently a Russian nuclear submarine caught fire in the harbor. Those there to witness it said that the mushroom clouds and smoke were rising around 10 meters ( 30 feet ) above the vessel / ocean. Officials said that the ship, which had been used as recently as July with ballistic missiles and the like, had been decommissioned and that the nuclear reactors were turned off. There was no sign of radiation and officials said that the “radiation levels were normal” which is good and means that we don’t have a mini Japan post tsunami radiation problem going on over there in Russia.

The flame battle took place at one of Russia’s main docks, the Roslyakovo. 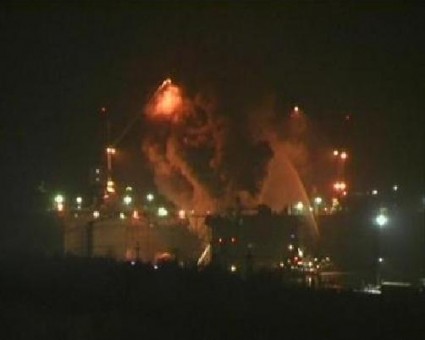