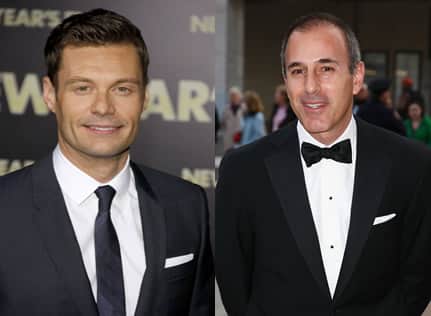 The today show might get changed up quite a bit soon here as the show is undergoing some NBC sanctioned changes. NBC would like to see both Ryan Seacrest and Matt Lauer on the Today show according to sources such as PerezHilton.com. They really want to get Ryan Seacrest who helps bring in a younger audience but they want to keep Matt which is still their major priority as he has been there for so long even though his contract is ending in December. Bob Greenblatt has come out with a statement acknowledging the continued placement of Lauer on the network and show. Perhaps as Perez mentioned they could do something similar to what they are doing with Barbara Walters and have a special form of interview show.