If you like Lebron James, Dwayne Wade, Gabrielle Union, Jamie-Lynn Sigler, Fat Joe and Queen Latifah then you should have been at the NYE show at EMM Group’s SL Nightclub at  the Shelbourne South Beach hotel in Miami Beach! According to PerezHilton.com the duo made a splash and had some great fun. The two are very well known for their musical talent… Lauryn Hill being known for her great voice and Nas… well Nas is known as one of the most intellectual hip hop artists of all time and is regarded as a legend by millions. 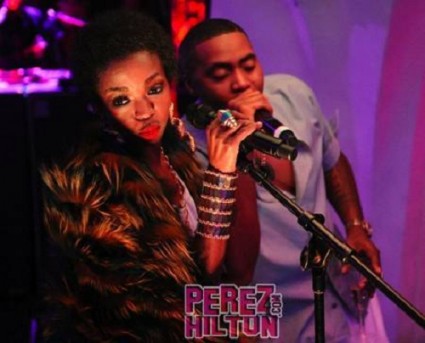 You may remember the duo performing before in such classics as:

Nas feat Lauryn Hill – If I Ruled The World