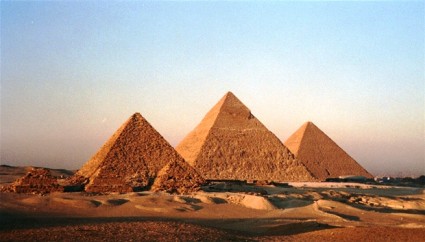 NGO’s are a well known form or entity that exist around the world. It stands for a Non-governmental organization ( NGO ) and it is a form of “legally constituted organization created by natural or legal persons that operates independently from any government. The term originated from the United Nations ( UN), and is normally used to refer to organizations that do not form part of the government and are not conventional for-profit business” (Wiki).  Anyways Egypt has long been known for being difficult with many NGO’s that exist in the area and recently has  raided the offices of 10 NGO’s including two of them that were some of the US’ major democracy promotion groups. The Egyptians were claiming that these firms were “illegally receiving foreign funding” according to CSMonitor. The affected offices include the International Republican Institute (IRI) and theNational Democratic Institute (NDI) which are closely tied to the United States government and have funding coming in from the  National Endowment for Democracy most primarily. “The US-based Freedom House, the Konrad Adenauer Institute of Germany, and a number of NGO’s working on judicial reform and democracy were also raided” (CSMONITOR).

Even with  Hosni Mubarak gone Egypt has not changed that much and still needs some unifying leaders and government organizations to try to bring the country together for some future growth and intertwining with the Global governments and businesses of the world. Egypt needs to have a more friendly stance on foreign firms operating within its boundaries if it wants to appease investors and look attractive for Foreign Direct Investment ( FDI ) among other things that could help the country as a whole.

Among the other organizations raided were ones promoting judicial reform and democracy which just shows that the government is pushing hard against the positive forces that are trying to help it be the best. Anyways someday we hope to travel across the world to Egypt and bring some Global Goodness there; plus it would be cool to see some of the great wonders of the world… the pyramids!